Internet traffic in Switzerland peaks in times of uncertainty

Swiss people were increasingly turning online as they were facing Covid-19 pandemic and lockdown measures. Overall internet traffic increased by 16% between February and March - as revealed in the latest report by Netcomm Suisse Observatory in collaboration with SimilarWeb and Netcomm Suisse member Inveon.

The report made use of data provided by the web analytics platform SimilarWeb analysing the evolution of internet traffic between the beginning of January 2020 and end of April 2020.

As people in Switzerland were confronted with the outbreak of the Novel Coronavirus in Switzerland by the end of February, visits on the website of the Federal Office of Public Health jumped from 366'000 visitors in January to around 16 million uses in March. The same is also visible for access on the WHO website which increased from 550'000 Swiss visitors to 2.1 million uses over the same period. A similar pattern is also visible for news and media websites that have reached their peak in March 2020. Search requests with the term 'corona schweiz' exploded by an increase of 14'559% in February vs. January. These numbers and figures clearly underline the need of consumers for reliable information and guidance in times of uncertainty.

The report also features e-Commerce categories in the lifestyle sector, including food, travel and tourism, fashion and apparel, luxury and jewellery, beauty and cosmetics, consumer electronics, and home and garden.

The strongest increase in website traffic has been seen for home and garden with a plus of 65% in April vs. January. This sector might have also benefited from the favourable weather conditions in Switzerland in March and April. Other sectors with growing traffic were food, beauty and cosmetics, and consumer electronics.

Fashion and apparel and luxury and jewellery were both following a U-shape with a decline in website traffic between January and March but an increase in April.

All subcategories in the travel and tourism sector have suffered a loss in website visits as restrictions in movement of people have been introduced and travellers are still not sure what options will be available in the near future. The decline was the strongest for hotels & accommodations (-72% in April vs. January). 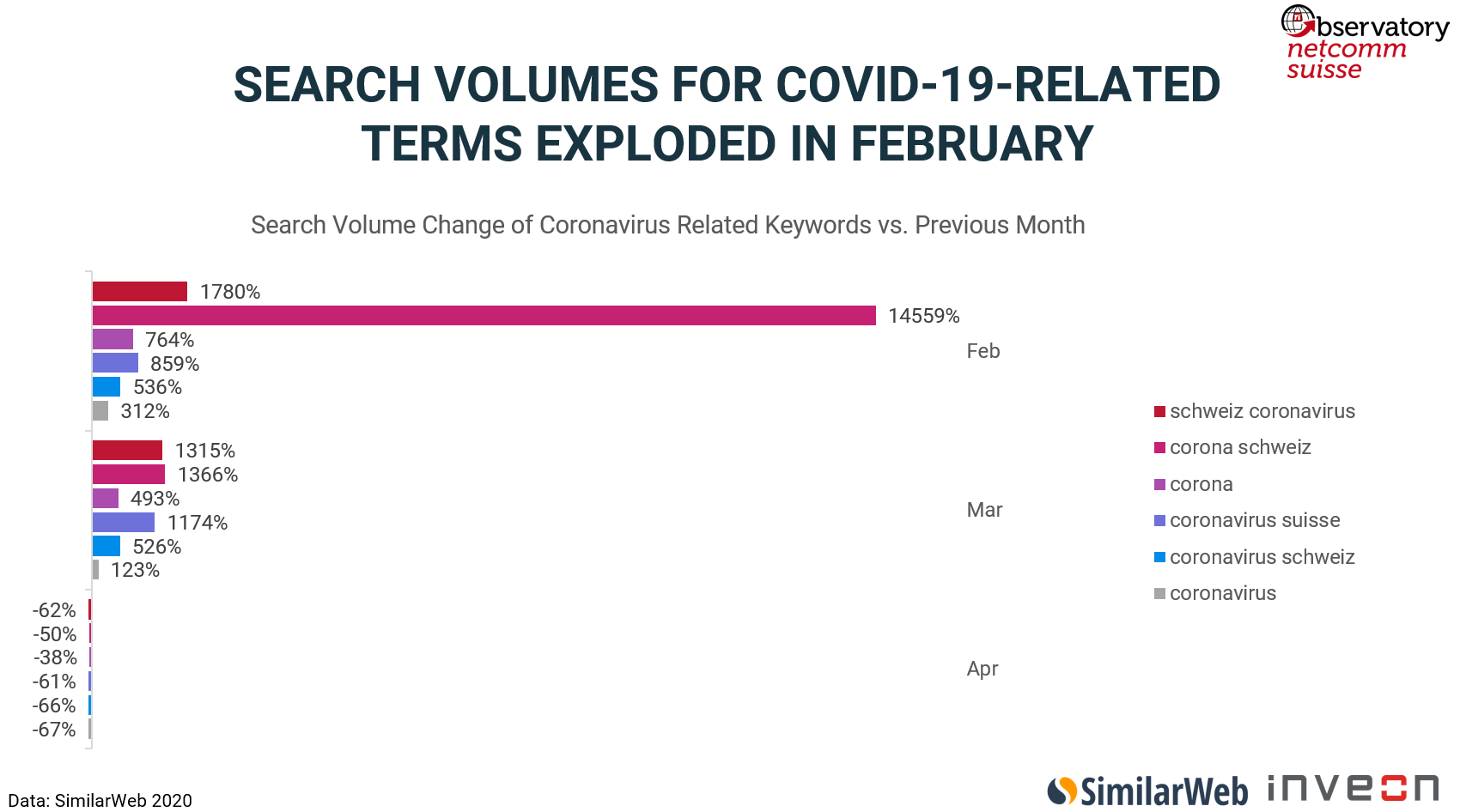 Access the full report for free on our Observatory portal: