RTT was founded in 1996 and is now strongly focused on IT consulting.
In 2005 RTT returned to the market as an independent company, reactivated its partnership with Oracle and developed strategic contacts and networks that today return it to the role of protagonist at European level. In June 2009, RTT announced its integration with Quistor and strengthened its position within the Oracle JD Edwards offering for Consulting, Support, Hosting and Application Management services. In 2009, it also became an S.p.A., increasing its share capital and opening new offices in Parma and Turin. Thanks to its team of multi-lingual professionals and the development of an international network, it can support its clients in the main countries by adopting the best technologies and best practices recognized worldwide. 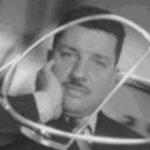